skip to main | skip to sidebar

From Homicide to Hockey Masks...

Dark Scribe Press is pleased to announce its second print project — Butcher Knives & Body Counts: Essays on the Formula, Frights, and Fun of the Slasher Film.

From meat cleavers and machetes to summer camp carnage and sorority house massacres, from final girls and scream queens to demented deviants and dead teenagers, slasher films turned body counts into box office gold. It’s the oft-maligned — but surprisingly durable — sub-genre of horror films that uses a Freudian rulebook and bases the survival rates of its characters on vice and virtue. From the low-budget aesthetics of the 70’s and 80’s to the self-referential gloss of the 90’s and beyond, Butcher Knives & Body Counts will explore the archetype of the slasher film and trace its evolution from formula to franchise. From the inventive kills and the gory intestine spills right down to the last tagline and toe tag, Butcher Knives & Body Counts will celebrate the enduring formula, frights, and fun of slasher movies.

The project will be less a "guide" — what most would immediately associate with encapsulated reviews — and more a comprehensive collection of critical essays on the slasher film genre. In addition to opportunities for analyses of individual films, DSP is also looking for essays on various aspects of the slasher film genre. We anticipate those essays dealing with individual films to be in the 1,000- to 1,500-word range, with a slightly larger word range and some added flexibility for essays pertaining to the more general aspects of the genre.

As we did with our Unspeakable Horror anthology, Dark Scribe Press has established this dedicated blog for the project where submission guidelines, tips, and announcements will be posted. We have also posted a "wish list" of films we're looking to have covered at left. When we post our submissions guidelines, we will offer some suggested topics that will give potential contributors an idea of what we're open to in relation to the broader essays.

More details regarding submissions are forthcoming. No queries (or submissions) until we've gotten the submissions guidelines posted, please.

Posted by DARK SCRIBE PRESS at 7:46 AM No comments:

Timpone, Kozak, D'Auria Round Out Final List of Contributors... 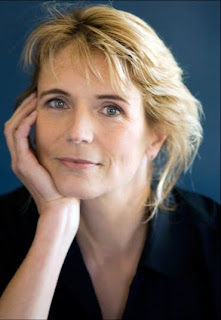 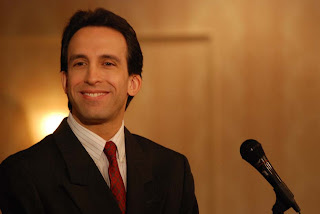 In addition, a final list of the films being covered in the collection is listed at left.

Posted by DARK SCRIBE PRESS at 9:40 AM No comments:

Please use the email address designated for submissions: DSPSubmissions(at)AOL(dot)com.
Posted by DARK SCRIBE PRESS at 5:59 AM No comments: 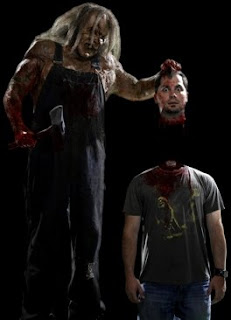 Dark Scribe Press is pleased to announce that award-winning film director Adam Green will be contributing a special introduction to the Butcher Knives & Body Counts anthology. In “Are We Sick?,” Green ponders the appeal of the genre and the undying loyalty of the slasher fan and recounts his own genre initiation that involved an older brother, some STAR WARS collateral, and the sequel to an iconic 80’s slasher.
Upon graduating New York’s Hofstra University with a Bachelor of Science in Television and Film production, Adam Green went to work producing and directing local cable commercials in Boston. While employed by the cable advertising company, Green began “borrowing” their production equipment after hours to make his own films. Using friends as cast and crew, three lights, and his severely troubled cat…Green’s first feature film (the comedy COFFEE & DONUTS) was completed for a mere $400 in the summer of 1999. The movie was ultimately bought by Walt Disney Studios/Touchstone TV and developed as a sit-com for UPN with Green writing the pilot.
With the success of C&D, Green made the move out West. While spending the next several years developing, writing, and working on various network television pilots, Green wrote and directed the feature film HATCHET which premiered to rave reviews at the 2006 Tribeca Film Festival. The film was selected for festivals worldwide winning a multitude of awards, including the Audience Choice Award for “Best Picture” in 3 different countries and placement in both MTV’s and Ain’t It Cool News’ TOP 10 FILMS OF THE YEAR lists. Critically hailed as “the greatest slasher film in 20 years”, “the holy grail of slasher films”, and creating “the next icon of horror”- HATCHET saw a successful nationwide theatrical release in September of 2007. The film went on to become the highest selling original title that its distributor (Anchor Bay Entertainment) has ever had and a sequel is now in the works.
Green’s next film, the Hitchcockian psychodrama SPIRAL (co-directed by HATCHET’s star Joel David Moore), took home the prestigious “Gold Vision Award” at the 2007 Santa Barbara International Film Festival, the Silver Award at Austin’s Fantastic Film Festival, and saw a US theatrical release in February of 2008.
Green is now writing the animated AQUAMAN movie for Warner Brothers/D.C. Comics and just wrapped production on his new snowy thriller FROZEN due out in theaters in early 2010. He currently resides in Hollywood, California with his fiance Rileah and their cats Tyler, Perry, and Chewbacca. More about Adam Green and his production company can be found here.
Stay tuned for more exciting announcements!
Posted by DARK SCRIBE PRESS at 1:17 PM No comments:

As the project continues to evolve and more talent jumps onboard, our deadline for submissions has officially been extended through at least May 31st.
Posted by DARK SCRIBE PRESS at 7:03 PM No comments:

Posted by DARK SCRIBE PRESS at 5:05 PM No comments: 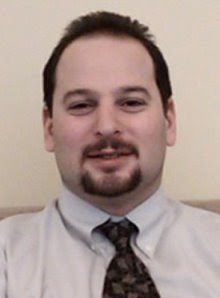 Rockoff is the acclaimed author of Going to Pieces: The Rise and Fall of the Slasher Film. This popular book was adapted into a critically-acclaimed documentary which premiered on Starz and was released on home video by ThinkFilm.

Rockoff is also a frequent guest on radio and television programs to discuss all things horror, including Bravo’s highly-rated special, The 100 Scariest Movie Moments. He has also written for numerous horror periodicals and had a long-running column in VideoScope magazine.

He recently sold two screenplays. The first, Tales for Sleepless Nights, is an anthology in the vein of Creepshow. The second is a sequel to Fever Dreams’ first original production, Flesh for the Beast.

Rockoff is also writing a 2-hour television movie, Love Will Keep Us Together, for The Hallmark Channel, as well as a short film with Adrienne King, best-known to horror fans as the lone survivor of the original Friday the 13th.

Our mission is to publish quality works of fiction and non-fiction by respected dark genre writers while remaining committed to discovering new and emerging voices in dark genre literature.